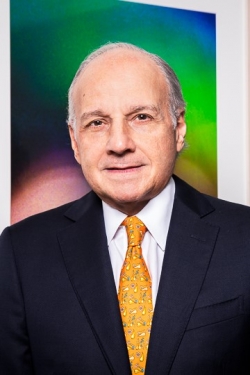 Mr. Bermudez has worked on some of the most high-profile acquisitions made in Venezuela, including contested transactions followed by complex restructurings. Mr. Bermudez represented The AES Corporation in its US$ 1.8 billion unsolicited tender offer for C.A. La Electricidad de Caracas (EDC), and led the teams of lawyers that represented The Coca-Cola Company in its purchase of five bottling plants owned by a local bottler, and The Coca-Cola Company`s subsequent joint venture with the Cisneros Group, where 18 plants that bottled Pepsi products switched to produce The Coca-Cola Company`s beverages one week after the transaction was disclosed to the public. Mr. Bermudez also represented Pfizer Inc. in its acquisitions of the local subsidiaries of Pharmacia, Warner Lambert, Laboratorios Substancia and Wyeth, followed by the restructuring and integration of their industrial and distribution facilities. Mr. Bermudez represented an international engineering and construction company in the sale of its affiliates with ongoing EPC contracts in Argentina, Colombia, Mexico and the U.S.; represented groups of shareholders in the sale and purchase of interests in local banks, insurance companies and industrial assets; assisted leading multinational companies in the streamlining of their businesses and the sale of their Venezuelan subsidiaries to local staff (management buyouts), as well as complex mergers, such as the simultaneous merger of six operating companies with different shareholders into one surviving entity owned by all of them.

In those international transactions, Mr. Bermudez has worked with top-level corporate counsel, finance officers, U.S. and European law firms, human capital teams, investment bankers, public affairs officers and international PR firms, advising in strategic and tactical issues relating with governmental authorities, news media, labor unions and other entities that must be taken into consideration once the transactions are disclosed and are known to the public.

Mr. Bermudez served on the faculty at Instituto de Estudios Superiores de Administracion - IESA (1998-2002), Universidad Catolica Andres Bello (1994-2000) and Universidad Central de Venezuela (1991-92, 1996-99). Published one book (El IVA en Venezuela, Editorial Planeta, 1993) and articles on taxation, the interpretation of contracts, financial leasing and lex mercatoria. Member of the Venezuelan team that negotiated the U.S.-Venezuela tax treaty signed in 1998. Member of the commisions appointed by the Ministry of Finance of Venezuela to draft financial and tax laws (1992-94).

Cited in The Legal 500, the Chambers` Guide to the World`s Leading Lawyers and Latin Lawyer 250. Listed in the panel of arbitrators of the Caracas Chamber (the National Committee of the ICC) and the Venezuelan American Chamber of Commerce and Industry (CEDCA).