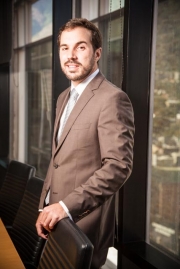 Practice: Oscar H. Velutini joined BNM ONTIER in 2009. Previously he worked as a legal assistant at another well-known local firm, in the corporate and tax departments. He has advised clients of the firm on local and international corporate and business taxation legal matters, including mergers and acquisitions, the formation and structuring of legal entities, foreign investment, commercial agreements, and estate and inheritance planning. Likewise, he has worked on transactions involving public sector companies.

Mr. Velutini was a faculty member of Universidad Metropolitana from January, 2015 to August, 2018.

Publications: The applicability of the corporate veil piercing theory in the Venezuelan legal system: legal and economic consequences; Considerations relating to some cases of soft law in tax law.