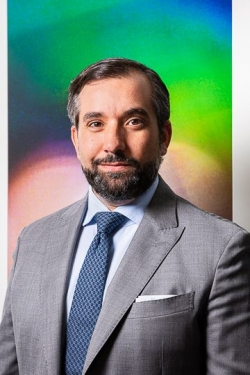 Experience: Ricardo E. Cattabriga joined BNMO in 2020 as partner of the Corporate and Tax Team. He was a legal consultant for one of the most important engineering and construction companies in Venezuela (2015-2019). He worked as a lawyer at an international company of corporate and fiduciary services based in Curaçao, assisting companies in Europe and Latin America (2013-2015). He also worked as an associate Lawyer of Vallenilla, Escalante & Asociados (2010-2013), and as an associate lawyer at the firm Tinoco Travieso Planchart & Nuñez (2008-2010). During his law studies, Ricardo E, Cattabriga was a Legal Assistant in the Tax Department at Baker & Mackenzie law firm in Caracas (2003-2007).

He has focused his practice on corporate and tax matters, with special emphasis on international transactions and restructuring of business groups. He has worked in all phases of important businesses and real estate projects carried out in Venezuela and in the Dominican Republic.