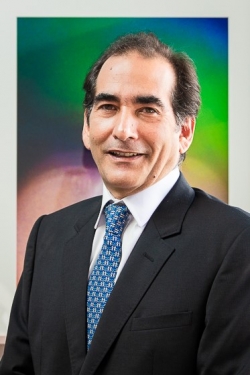 José Andrés Octavio has concentrated his practice on tax matters, with special emphasis on the representation of local and international companies and individuals in administrative procedures and lawsuits initiated through tax audits aimed at collecting taxes, interest, fines, and other amounts relating to income tax, value added tax, customs duties, inheritance taxes, and taxes imposed by states, municipalities, and public entities that are not part of the central administration of the Venezuelan State. In most of those cases, José Andrés has advised and represented companies and consortiums from the beginning of the tax audits, preventing long and costly judicial proceedings. He has represented companies and individuals in all instances of administrative and judicial proceedings and trials, filing appeals before the competent jurisdictional entities and bodies, and the Political-Administrative and Constitutional chambers of the Supreme Tribunal of Justice. Among the cases resolved by José Andrés, are some of the most important and complex cases decided in Venezuela, including, for example, tax assessments made to banks, brokerage firms, insurance companies, oil and petrochemical industries, food companies, airlines, ground transportation companies, distilleries, and sugar mills. José Andrés has also rendered corporate and tax advice to some of the most important Venezuelan business groups, as well as individuals and families who have investments in Venezuela and other jurisdictions.

He has been secretary and vice-president of the Venezuelan Association of Tax Law (2001-2007). He is the author of the book "La Realidad Económica en el Derecho Tributario" (Editorial Jurídica Venezolana, 2000), and co-author of the book "El Código Orgánico Tributario de 2001" (LIVROSCA, 2001). He has published articles in the Revista de la Asociación Venezolana de Derecho Tributario and was winner of the Marco Ramírez Murzi award for the work "El Ajuste por Inflación de las Sanciones en el COT de 2001".